Single-use plastic is making a comeback, as Thais order takeout and delivery in soaring volumes because of the pandemic.

Despite this, the rise of delivery and e-commerce has inspired a surge demand, not just for plastic bags, but other forms of plastic packaging as well.

Surasak Luangaramsri, vice-chairman and the spokesperson of the plastic industry club under the Federation of Thai Industries (FTI), said demand for food packaging products and the flexible packaging has grown rapidly in the past few months.

“The plastic industry in Thailand, especially for food and beverage, has benefited from the outbreak,” he says.

There are many types of flexible packaging such as film extrusion that are used mostly for food and beverages such as bags, bottles and film.

“As the plastic makers converted their plants to new products after major retailers banned plastic bags, they could not respond to the growing demand fast enough and supply was delayed,” says Mr Surasak. 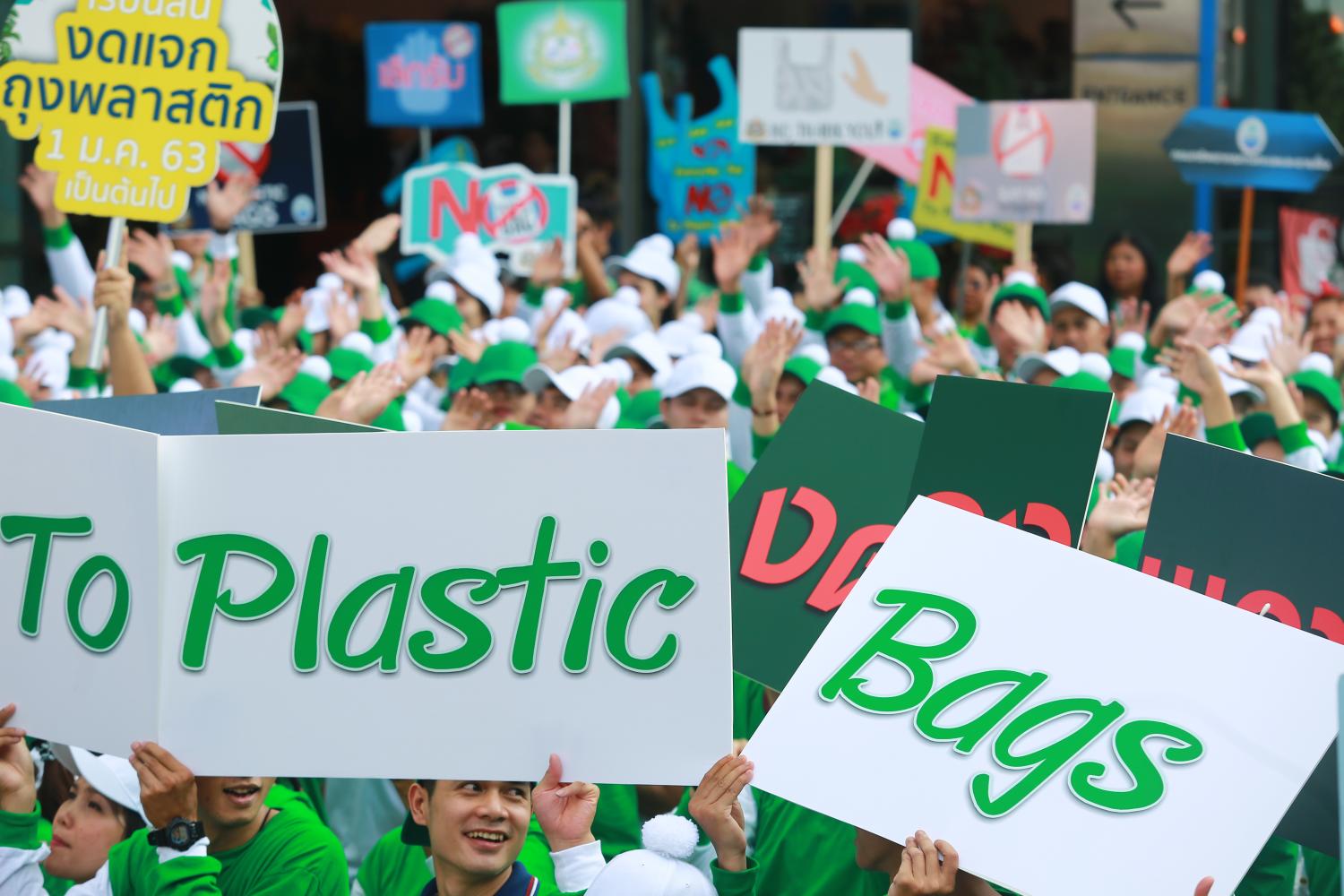 “Everyday Say No To Plastic Bags” that kicked off at the start of the year banned plastic bags for major retailers. Somchai Poomlard

Sales volume has increased 40-50% with gains in domestic sales and exports.

In the food packaging category, TPBI saw a 10% increase in sales when shutdowns began, pushing many into panic-buying groceries.

He says TPBI expects this year’s financial performance could be in the black, up from losses of 34 million baht in 2019.

The company’s Gracz packaging is made from sugar cane fibres that cost 30% more than the non-recyclable foam packaging, but promises environmental sustainability.

Mr Weerachat says the crisis has resulted in the company raising its revenue target by 30% for this year to 1 billion baht, up from 800 million baht last year.

The production facility in China with a capacity of 20 million pieces per month has resumed operations after being shut down for the outbreak.

The company is optimistic revenue could rise 30% from 900 million baht last year thanks to growing demand for long shelf life food packaging.